The COTRAIN project is coming to an end – overview

Already 3 years since the COTRAIN project started, and is now coming to an end, just before the beginning of a new school year. 3 years of Erasmus+ project. The time has come for a quick overview…

The pilot partners Centoform (Italy), IFAPME and CEFA of Court-Saint-Etienne (Belgium) committed to developing 10 to 12 collaborative training pilots each. To this day, they carried out 51:

Overall, these 51 collaborative trainings were carried out in 83 companies. The COTRAIN project, therefore, mobilised 51 youths and 83 employers.

The 3 COTRAIN pilot partners each developed the cotrain model according to their context and specificities. They set up collaborative training networks with similar characteristics, but also differences.

Similarities. Each partner worked with their current company portfolio to select companies, chose trainings that they already offered, and attempted to integrate the cotrain model within their current process. This was one of the project’s guidelines; all partners would adapt the model to their context.

Differences. Centoform created a network with 15 companies in the industrial field, and set up 12 collaborative trainings for training in mechanical design and management and maintenance of automated systems, including trainings with 3 and 4 companies and a return from collaborating companies to the main company. The youth’s paths were largely based on the technological diversity between companies, in connection to the training programmes. Shorter than in Belgium, all of the Italian cotrains began and ended during the project. All of the cotrain learners passed their exams, with a tendency to do better on the sections of the programmes that were specific to the cotrain. They were all hired following their training.

The IFAPME carried out 13 collaborative trainings in sales, hairdressing, bakery-pastry and restaurateur; including 12 at the apprenticeship level (15 to 25 years old) and one in self-employment training (18 years old and over). The trainings that were carried out are binary: the learners begin in one company and end in another. The IFAPME’s logic was to create the complementarity of the collaboration mainly between the existing training levels. Their training standards are set up in three levels (A, B, C) based on the 3 years of training, starting with the basic skills in level A, to more elaborate skills in level B, attaining the required level for the occupation at the end of the training in level C. The COTRAIN project allowed the IFAPME to progress in their reflexions regarding partial accreditation, which is an additional chance for the youths to acquire all three levels.

Most of the IFAPME cotrains are still going on, because the duration of the training if 3 years. However, we can already say that youths and employers are very satisfied; some youths that hesitated at the beginning are now convinced of the advantages of the system and show a growing desire to learn.

The CEFA of Court-Saint-Etienne carried out 27 collaborative trainings in the restauration and office works sections, including the seventh secondary year level. Both successive and simultaneous collaborative trainings were organised, as well as cotrains with a return to the main company and cotrains with up to 3 companies. Certain employers were involved in several collaborative trainings during the 3 years of the project. Amongst the youths that finished their training, the CEFA mentors found a certain ease to succeed in the parts of the exams that were the object of the collaborative training. Many youths are proceeding with their training and some of them are continuing their education, as they themselves say, thanks to cotrain. A first assessment in the office works section shows that the majority of youths (now?) wish to do a cotrain. With the collaboration of the CGSP Railway section, the CEFA has initiated contacts with the SNCB (national railway company) in order to develop the model. To be continued…

At the start of the COTRAIN projects, the partners knew that it would not be easy, and that they would not only have to convince stakeholders of the importance of the model, but especially to carry it out. How did they do this? How did the COTRAIN training centres approach employers, youths, sectoral funds, public authorities…? How did they construct the complementarities between companies? How did they manage regulatory and administrative issues? Are certain youths more open to the model? Are certain employers more inclined to get involved? Are there tips to keep in mind? Finally, and especially, why should cotrains be developed?

Today, the answers to these questions are given in the COTRAIN methodological Guide, which completes the video, already available, on collaborative training. The COTRAIN guide is available in English, French, German and Italian, and is the outcome of the COTRAIN action-research as well as considerable work. It offers a general method on creating cotrains, but also puts this method in perspective within the different national/regional contexts of the COTRAIN partners, with stories of the pilots and feedback from the youths, employers and training centres.

Today, each of the COTRAIN partner wishes to continue developing the model. The coaching partners, inab and öibf, are making use of their coaching experience in their own networks. Centoform is starting new collaborative trainings in October, well aware of the innovative aspect of the model and considering innovation is one of the pillars of the regional economy. The IFAPME is carrying on, and would like to extend the model to other sections. The CEFA also wishes to extend the model, to all of its sections, in particular because of the implementation of the certification by units. They also wish to offer the cotrain model to new training companies. The CEPAG will present the results of the action-research, which was selected last June for a symposium on apprenticeship training, an event organised by the CEDEFOP and OECD, which will take place in Paris in October.

The partners of the COTRAIN project remain available for any request of information, explanations or advice regarding the model. The information on how to contact the different organisations is available in the first COTRAIN newsletter. COTRAIN was an adventure, and we are ready to share it with you.

END_OF_DOCUMENT_TOKEN_TO_BE_REPLACED 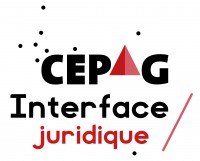 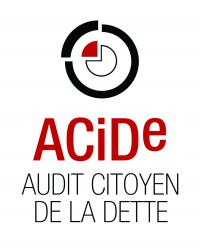 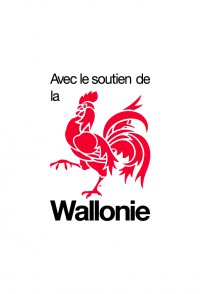